At an exclusive Gorkana, Cision and PR Newswire media briefing event, Angelica Malin, founder and editor-in-chief at About Time Magazine, explained how the social-led website has captured an audience of aspirational, young professionals. 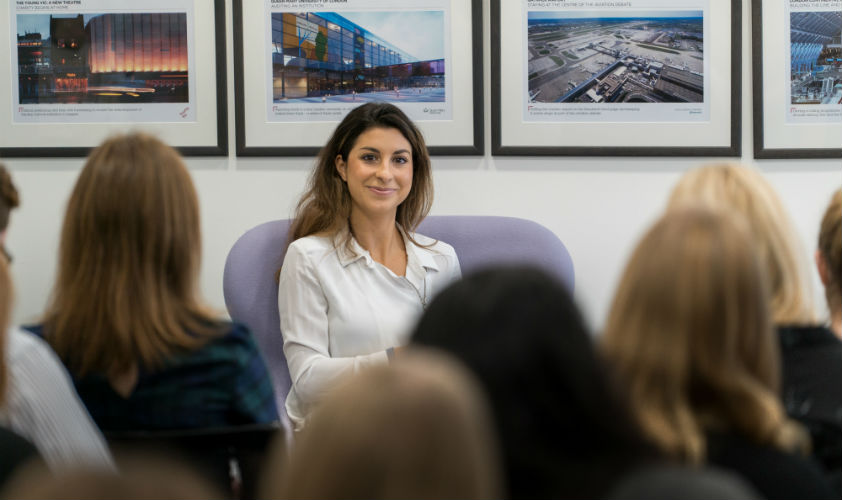 About Time is a social-first publication aimed at, predominantly, young professional women; the ‘social decision makers’. Since launching two years ago, it has grown to become a leading London lifestyle guide, with more than 75,000 monthly users in 163 countries worldwide.

It is a modern, online-only magazine dedicated to food, drink, travel, fitness and style. But while About Time’s content is varied, it is united by the slogan: ‘it’s about time you tried…’ It aims to catalogue all that is new and on-trend.

At the media briefing event, Malin told the room how the “very bossy website” differentiates itself through fast and flexible trend-focused content. She talked about a recent occasion where About Time used Gorkana’s Media Requests service to call on PRs for relevant recipes upon realising that it was World Porridge Day. An influx of emails arrived and the team compiled and published a list of porridge recipes before lunch.

By constantly monitoring site analytics, Malin ensures that content goes out at exactly the moment that she knows it will create a buzz on social media.

She added, although she receives pitches via many channels, “good, old-fashioned email works for us.” She added: “Phone calls can feel a bit aggressive.”

Here are a few more tips and suggestions from the About Time event, hosted at the London Communications Agency and chaired by Philip Smith, head of news and content at Gorkana:

With just two full time staff members, editor Angelica Malin and deputy editor Alicia Grimshaw, the title welcomes content from PRs that fits individual formats of the title’s regular features.
At the very least, said Malin, pitches should be tailored towards a specific column, feature or section of the site.

According to Malin, the title’s readers are very entrepreneurial. She said: “Our audience is quite interested in start-ups.” She is interested in partnerships with emerging brands, in particular.
However, there’s still space for traditional brands. Malin added: “Anything we run about Pret, people go mad for.”

The title is looking to develop its ‘travel’ and ‘fitness’ sections

Malin said that the team would like to publish more travel content. She said: “It’s often how much you’re sent, and we’re not sent a lot of travel information.” Malin also said that she is planning to cover more fitness ideas and content, and the site will soon undergo a re-design to make it more mobile-friendly.

At the #GorkanaAboutTime briefing. @jellymalin says leave people out of product pics & email is still the best way to pitch stories

“We’re flexible in the sense that we can run things very quickly. ” Malin explained. Editorially, they set a schedule on each Friday for the coming week’s content, though sometimes the turnaround can be even faster.
Additionally, there’s no point in PRs sending material months in advance, she added, because the title is so trend-driven. A week beforehand is ideal.