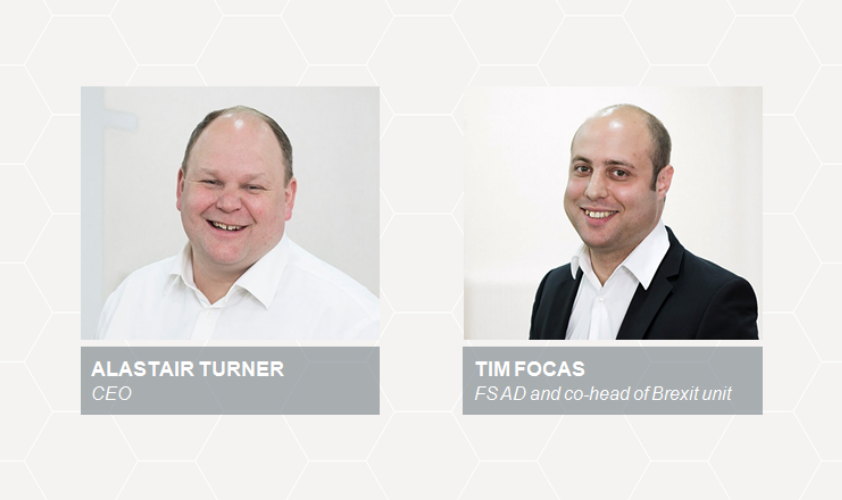 Not communicating – or not engaging with the issue – is not an option, said Alastair Turner, global CEO of Aspectus; which specialises in B2B comms, with clients in the financial services, oil and gas, energy, technology and engineering sectors.

He said: “We feel people need to get involved. There is a risk in sitting back and not engaging with your target audiences. If you don’t do it, someone else will.”

With this in mind, Aspectus launched a Brexit communications unit in August under the leadership of Tim Focas, the agency’s account director of financial services, and Dan George, Aspectus’ creative lead.

Here are just three of the key tips offered by Turner and Focas in a webinar hosted by Philip Smith, Gorkana’s head of news and content,  on November 23, 2016.

Uncertainty is “bad for business”
Focas said: “The only thing we know is that there’s lots of speculation.” As there are mixed messages in the media around Brexit and what it means for the UK and Europe, people feel very differently about the situation. According to Focas, the communicator’s job is to “make sense of this post-Brexit world.” Turner added: “Silence is never the answer. Saying nothing [to stakeholders] adds to the uncertainty.”

Form a consistent and coherent message
Stakeholders want to see confidence and consistency. They want to know that you have a plan and strategy in place, Turner advised. When forming a communications strategy, he said: “You have got to listen to people and understand their needs and their wants.”
Once a consistent and coherent message has been decided upon, the communications team needs to ensure that all spokespeople stay on-message, which can be challenging with a large business.

Don’t be afraid to make Brexit a part of your campaigns
The speakers encouraged listeners to align Brexit with their media campaigns – and not to run away from the issue. Lead in your market through content and stories, look for a different angle or a different spin and shut out the competition, Turner and Focas advised.
Turner said: “Taking the time to get that comms strategy right will help you steal a march on your competitors.”
A Brexit campaign doesn’t have to begin and end with Brexit itself, you can look at other related issues for the opportunity. Focas added: “I would definitely advise PR professionals to look for stories in and around Brexit.”