Media myths and millenials with Metro

In a Gorkana webinar, Martin Ashplant, Metro‘s digital director, and Erica Harris, senior account director at Gorkana, revealed some exclusive research and insight into the UK’s media consumption habits, exposed some common media myths and showed how Metro is growing its digital audience with an innovative app strategy. 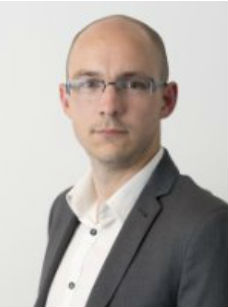 In the webinar, which shared the findings of Gorkana’s latest UKPulse media research, the two presenters explained how people interact with media in the UK, with a particular focus on access via digital channels.

Ashplant spoke about Metro’s innovative app strategy, and its efforts to grow its audience of engaged online users.

Here are some of the highlights from the 25 October webinar:

Millennial Media
Harris also revealed that 68% of millennials (20-34 years of age in this instance) regularly read a newspaper – only a couple of percentage below the general population. Key titles for this age group include Metro, the Guardian, The Times, and BuzzFeed.

1/3 Interesting insights @gorkana webinar today. BBC losing its reach but TV and radio are still the most trusted communication channels.

Print vs. online
The print edition of Metro has a circulation of 1.3 million, and the average reading time is 21 minutes, which shows how commuters, or ‘urbanites’, value its content. However, its digital impact has grown.

He explained that the Millennial audience is important to Metro, and it appeals to them through its mobile and app activity, driven by stats such as a 58% growth in mobile use year-on-year. According to Ashplant, personalisation and news content lead the way, and 90% of time spent on mobile is spent on apps, as opposed to browsers.

"90% of time on mobile is spent on apps." Great @Gorkana webinar with Erica Harris and @MetroUK's @mashplant.

Metro digital editions
Ashplant said Metro‘s daily edition apps drive more page impressions and page views, as well as dwell time, since the content is far more personalised to the user. The aim is to convert passers-by into “habitual users”.

Apps deliver highly-engaged and loyal readers and, due to the absence of ad-blockers, the readers are also likely to be more engaged with adverts.

Ashplant also recommended that media brands view their apps as a product to be continually improved upon, informed by data and user feedback. “We focus on the engaged user, as opposed to the big numbers.” He said.