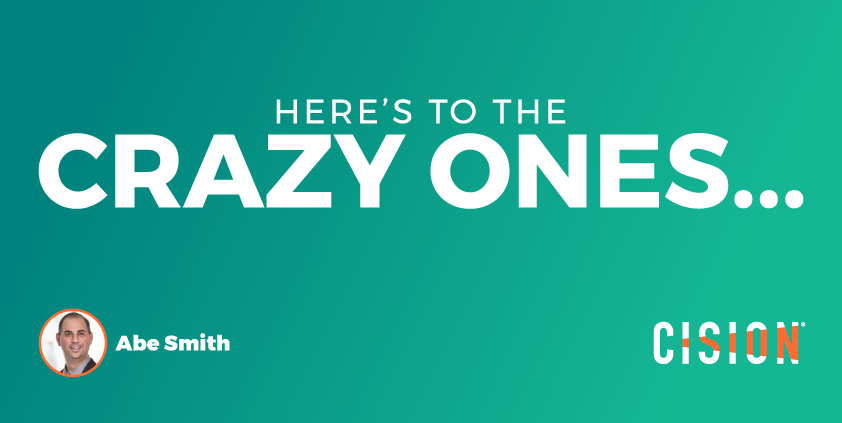 With the New Year now here, it’s a good time to both reflect on 2017 and, importantly, look towards the opportunity ahead.

I could talk for hours about the adventures, already, across the continent or the journey I’ve been on (both literally and metaphorically) to get here. For now, I’ll defer to Facebook for that account.

Today, I’m more in a LinkedIn state of mind as I stop and consider the direction of communications as an industry and the window of opportunity earned media is now presented with. A collage of experiences have begun to shape my opinions and observations and it’s clear there is a rising tide of momentum around PR based on hard facts and undeniable trends.

Here’s a few. In thumbing through the 2017 Global Comms report detailing challenges and trends (produced by PRWeek for Cision), I was shocked to see that 63% of PR professionals state they can’t fully measure impact of their efforts. A whopping 75% say they need to be more vigilant in measurement. Ouch!  That real gap between “I can’t” and “I’d like to” is palpable. That’s surprising but it urgently needs to be addressed.

For Cision, 2017 was a banner year of announcements that helped build a more complete offering to achieve this outcome. Here in Europe, I think about the past six months and our appetite to welcome new like-minded companies into our Cision family supports this commitment to cracking the code.

In France, the inclusion of L’Argus de la Presse expressed a desire to augment an already strong portfolio in that country and elevate our position to be the best service provider in the French market.  If you were watching the wire right at the end of the year, you probably also saw the pre-Christmas gift of CEDROM-SNi added to the Cision portfolio. While clearly designed to strengthen our place in the Canadian market, the team extends nicely into Paris with a solid group of professionals that have been on the continent for years (meaning not lost, again)  in the quest to further heighten the position in France.

Just one day after the holiday, again if you were watching, Cision announced the intent to acquire Prime Research. If you’re starting to see a pattern here, you’re right. Prime is a leading global provider in the monitoring and analytics space and a long-time respected leader in the category. Certainly, around the world, Prime has supported some of the strongest brands globally.  It’s not lost on me that Prime’s reputation in their HQ country of Germany is excellent and ushers in an opportunity to better serve the critical DACH region.

While this is all interesting, I realise that I’ve been doing a lot of talking about Cision and how we’re building out our pan European strategy to support the grander vision. But, truth be told, it’s your vision – the vision of the people that power media and communications – that inspires.  I harken back  to conversations I’ve had over the last four months here in Europe and can tell you that your words, are as powerful as ours.

I think back to a late night chat with Peter Low – one of the Godfathers of comms tech and services – and appreciated his zeal, as well as his advice, for attributable outcomes in media.  The strides he made, while at Precise, were bold and designed to usher in a movement that would help change the dynamics of industry. He helped lead the way.

The message I received from Pascale Azria at Syntec Conseil en Relations Publics one month ago in Paris resonated on several fronts. First, as a voice of the industry, she needed to respectfully speak for the greater community of PR professionals in France. Her consideration for how Cision acts as a leader in the market was correct and I respected her position as president of the council to advocate on behalf of the community’s needs. Additionally, it was her personal experiences  – as a PR practitioner – having run her own PR firm for years – which spoke of a keen appreciation of measurement. She had quantified her work for more than a decade using tech and internal services and, as a result, had built a reputation as a best-in-class communications firm in the food industry. We were looking through the same lens, I felt, as I left France and boarded the train home.

Speaking to Barry Leggetter from AMEC was like talking a walk through PR history. The man has seen it all. His resolve to build AMEC into the institution it is is laudable. Barry saw what measurement meant in PR, from day one, and has charted a path by refining the art and celebrating the true luminaries in the craft through the annual AMEC awards – a true standard of excellence and a must-attend event.

I have seen the desire for better measurement stories in the eyes of customers,  including the spot-on commentary from Nicola Brown of BMI at a recent dinner of Cision’s exclusive Exec Club in London where she was so astute with her comments and challenged the status quo of communications – not with bellicosity but with promise. Likewise, Sherif El Ghamrawy regaled with equal enthusiasm in November in Dubai while we chomped on sushi while waxing philosophy of what could come; what will come …

In the last few months, I’ve also followed the pundits and connected with technology leaders here in Europe who are setting the way forward for converged media and appreciating the coexistence between paid, owned and earned media. Listening to Garrett Ilg, the President of Adobe Europe, I could tell this guy was just getting started and is ushering in a whole new generation of digital transformation.

Equally, Jamie Anderson, who just joined Marketo as the Regional President, had lived through the days as a CMO himself while at SAP and told me, straight off, how important PR is as part of the mix—no two ways about it.  And it was over coffee with David Benigson, the Signal Media founder, that I knew this upstart business was daring enough to poke the establishment in the eye and challenge convention through tech in a way that delivers reputation management with a new twist.

These are just some of the faces that are helping us take PR into the new millennium and, honestly, just a small component thereof. I have been overwhelmed by the emotional connection to this mission and have seen the authenticity from Stockholm and Helsinki to Lisbon to Frankfurt, Mumbai, Bangalore, Paris, London and beyond. As 2017 wound down, I felt a shared sense of optimism knowing that the work we all do impacts political outcomes, powers economic revolutions and drives revenue results.  Our profession is noble and the time for strides in communications is now, I’m sure of it.

As we kick off 2018, I dedicate this final message, in the immortal words of Apple, to the crazy ones: “because the people who are crazy enough to think they can change the world, are the ones who do….”

Our key takeaways from CommsCon
We promised that CommsCon would be a day of discussion, insight and debate, and judging by the response we’ve had from our delegates, we are delighted to have lived-up to the [...]
Industry News
Request a Demo and Pricing
Connect on Social:
Abe Smith: What the papers say